Are We Eating FrankenFoods?

Or Is Our Food Safe and Nutritious?

Having spent so many years in college doing research, reading journal articles, reading books, and listening to countless hours of lectures on psychology my curiosity about this subject is the most confusing and emotionally charged subject I have ever encountered.

This issue is tied to money, politics, and even religion. GMO’s, GE’s, Hormones, Antibiotics! Who is lying? Why would anyone in their right mind splice genes from a bacterium and put it in corn? Why would any company sell a product that kills all vegetation that you put it on, and then sell seeds that are immune to it? 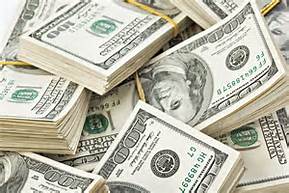 I dare anyone reading this to try and eat healthy, safe, and wholesome food if you live in the United States. You Can’t!

Most of the food you eat either has antibiotics (that were used to treat cows and then the milk they produce winds up in your child’s glass), (Hormones that were injected into chickens, cattle, and other animals that we eat to be fatter and larger), and then there is my favorite….modifying genes so that the food we eat is not what it was when it began.

Yes, you will hear that GM food is produced to improve yield so that we can use less energy and feed the world. It is my guess the world wouldn’t want the junk that the scientists created and the statistics support this.

Donates millions of dollars to politicians and other organizations to stop them from demanding that our food be labeled. I wonder why……

The picture above is from a study that was done over the lifespan of rats. It was later deemed flawed because Monsanto did a study and took photos of the rats that looked normal but the study was only for 90 days. The original study that showed what rats fed genetically modified corn does to them was then republished, but with little press.

Well, good luck! Almost 93% of the food we eat is genetically modified. Most of the meat we eat has hormones and antibiotics which is causing us to become resistant to them when we get an infection. The amount of misinformation and lies you will find is astonishing and the sources of resistance to bring this subject to light is our very own government. Thanks to the president, we can’t even sue Monsanto for damage done to our bodies and our environment.

So, enjoy your FrankenFood or do this:

When you have done that, you will be as confused as I am…and just as hungry.

This site Is UNDER CONSTRUCTION